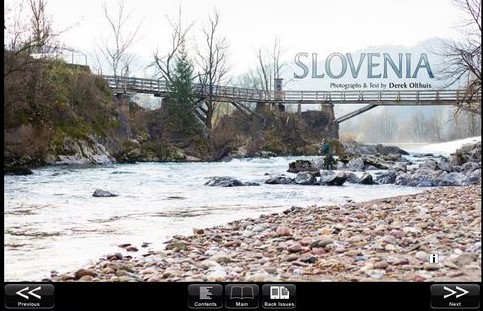 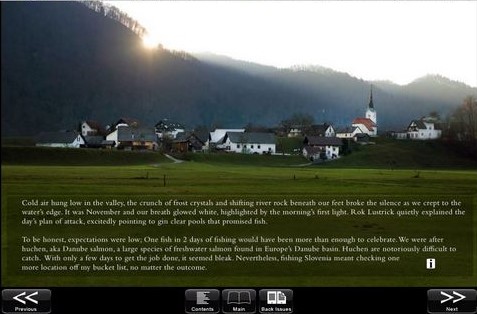 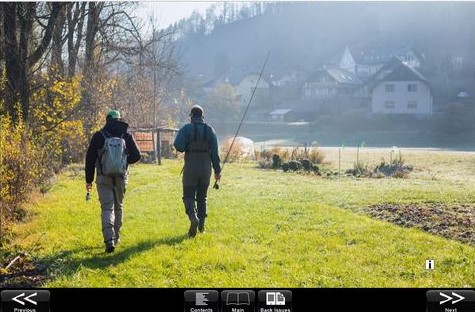 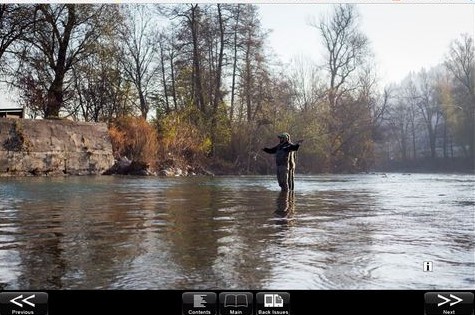 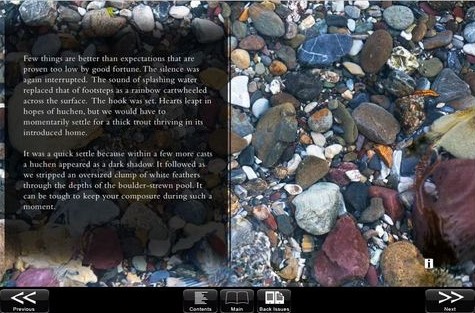 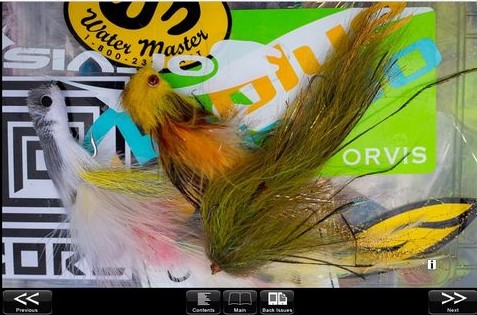 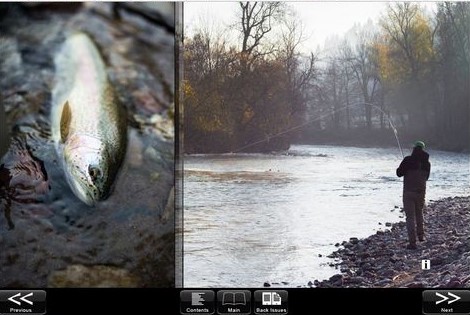 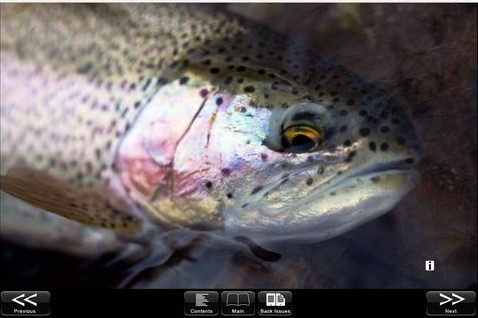 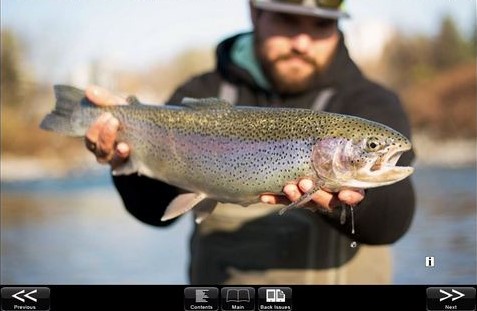 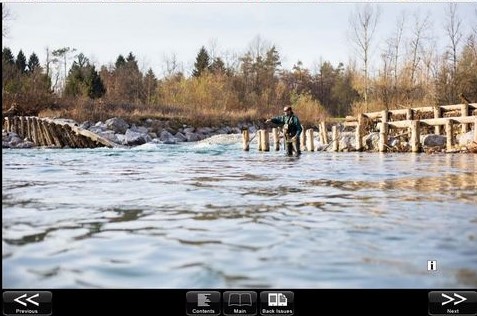 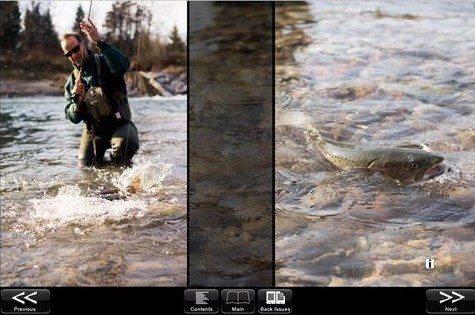 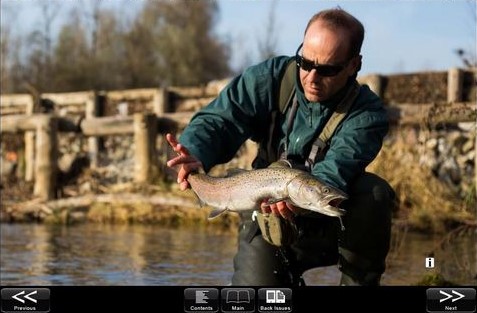 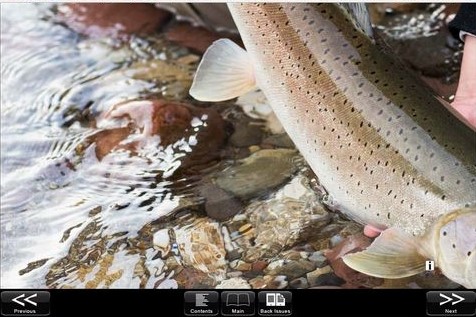 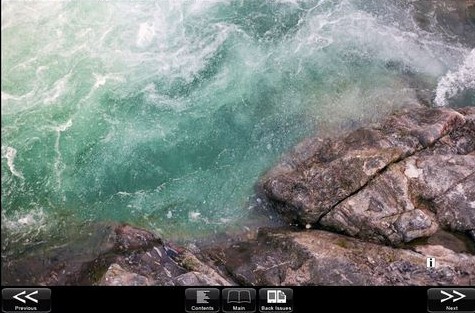 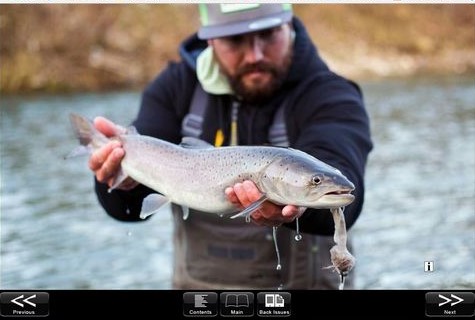 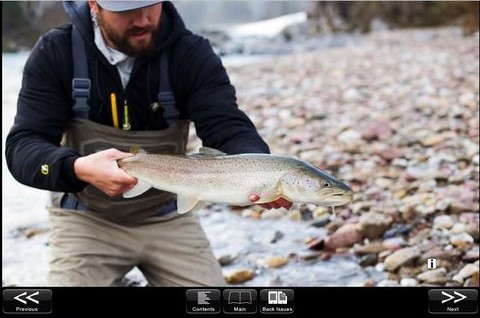 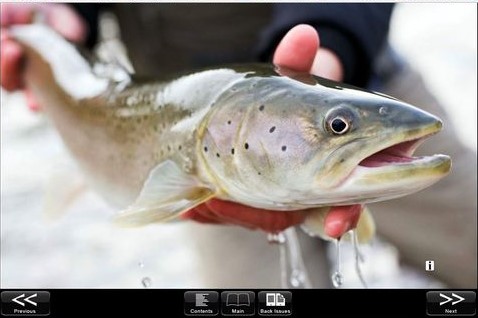 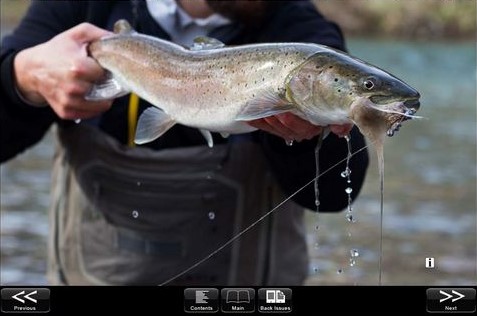 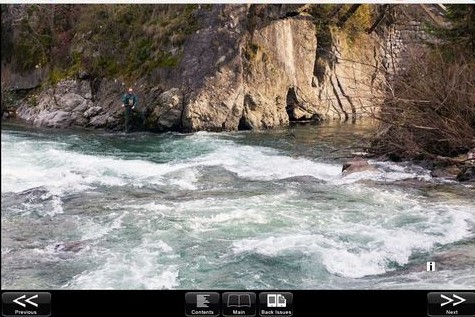 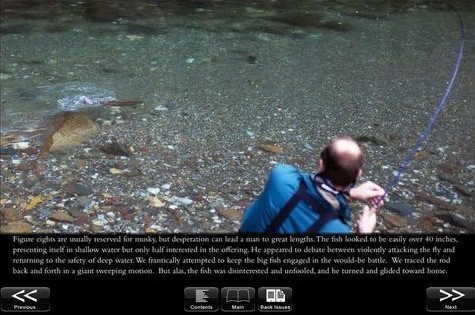 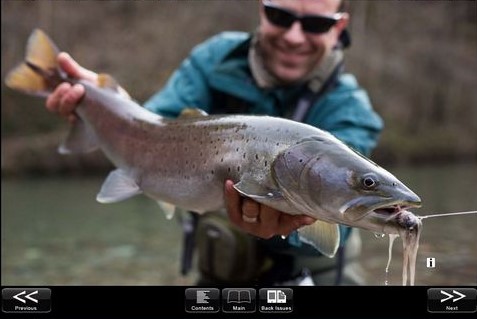 Losing your Marbles — fly fishing the Soča basin in Slovenia

Marie and I have just returned from a very enjoyable trip to Slovenia, including three days of excellent trout fishing. In this blog post, I’ll describe our fishing experiences and provide some practical information for those readers who might want to sample the delights of trout fishing in the Soča river basin of Slovenia.

The Goriška region of Western Slovenia lies adjacent to the Italian border, within one to two hours’ drive from both Slovenia’s main airport in Ljubljana and northeastern Italian airports such as Trieste and Venice. Rising in the Julian Alps (named after Julius Caesar who founded a Roman town in its foothills), the Soča flows through 96 km of western Slovenia before meandering on for a further 43 km through northeastern Italy to reach the Adriatic Sea. It is often referred to as the “Emerald Beauty“, owing to its strikingly clear emerald green colour. Disney filmed their 2008 movie Chronicles of Narnia: Prince Caspian in this valley and it is very popular in the mid-summer for white water rafting and kayaking. Passing through the alpine towns of Bovec, Kobarid and Tolmin, the Soča is joined at Most na Soči by its principal tributary, the Idrijca. Together with their numerous feeder tributaries upstream from their confluence, this river system is a light tackle fly fisherman’s dream, with a great diversity of fish species and river situations. We stayed in a very comfortable self-catering apartment in Kobarid, an hour’s drive from both geographic extremes of the fishing areas — at one end, the alpine streams feeding into the Upper Soča upstream from Bovec, and at the other end, the Upper Idrijca and its tributaries upstream from world heritage town of Idrija.

The Fishing and the Fish

One thing that really impressed me was how well managed the fishing was. All fishing is single fly only (barbless), with catch-and-release mandatory in certain areas and encouraged in general across the whole river system via differential pricing of fishing permits. A handful of different organizations are responsible, ranging from professionally-run fishing clubs such as the Angling Club of Tolmin and the Idrija Fishing Association, to state bodies such as the Fisheries Research Institute of Slovenia. These organizations not only set and police the relevant fishing regulations for their sections of the rivers, they also farm juvenile fish to supplement the fish stocks. Geographically, the sections managed by the Angling Club of Tolminare the most centrally-located if you stay in the middle of the fishing options in either Kobarid or Tolmin, comprising both the middle Soča and its tributaries such as the Tolminka, as well as the lower Idrijca and its tributaries such as the Bača.

Another aspect which also very much impressed me was the sheer diversity of fish that one could catch on the fly, not just in size but also in the variety of species, including the famous and unique marble troutfound only in a small number of rivers that flow into the Adriatic. On a single day for example, we managed between the two of us to hook five different species – marbles, rainbows, browns, hybrids (wild cross-breeds between marble and brown trout) and grayling. The marble trout and the grayling are native to the Soča basin. Adult marble trout are typically 30 to 70 cm in length, but can often grow much bigger — the largest recorded one caught in Slovenia being 120cm and 22.5 kg — just Google “big marble trout image” to see all the fish porn! Marble trout in the Soča were an endangered species and almost wiped out by cross-breeding with introduced brown trout. So an extensive restoration programme was initiated in the 1990s by the Angling Club of Tolmin and the Fisheries Research Institute of Slovenia using genetically pure marble trout populations found in the upper reaches of small tributaries isolated by waterfalls.

Whereas the brown and rainbow trout were introduced in the early 20th century. The rainbows do not interbreed with the marbles but the browns do, hence the hybrids which can appear to be almost a marble or almost a brown or anywhere in-between — every hybrid I caught looked different! The vast majority of the fish we landed were rainbows. Like the browns, rainbows are also introduced fish who now reproduce naturally in these rivers but they do not breed with the marbles — far from being a threat to the marbles, young rainbow are prey for the larger piscivorous marbles. Rainbows are more likely to chase a fly than the shyer marbles; the latter require a more precise presentation for them to take. Rainbows also have an annoying tendency to nip in quickly and grab the fly which you tried to present to a marble! Also, unlike rainbows who tend to jump or run into open water, marbles when hooked often dash to hide in and around rocks, shredding your 5X tippet in seconds! 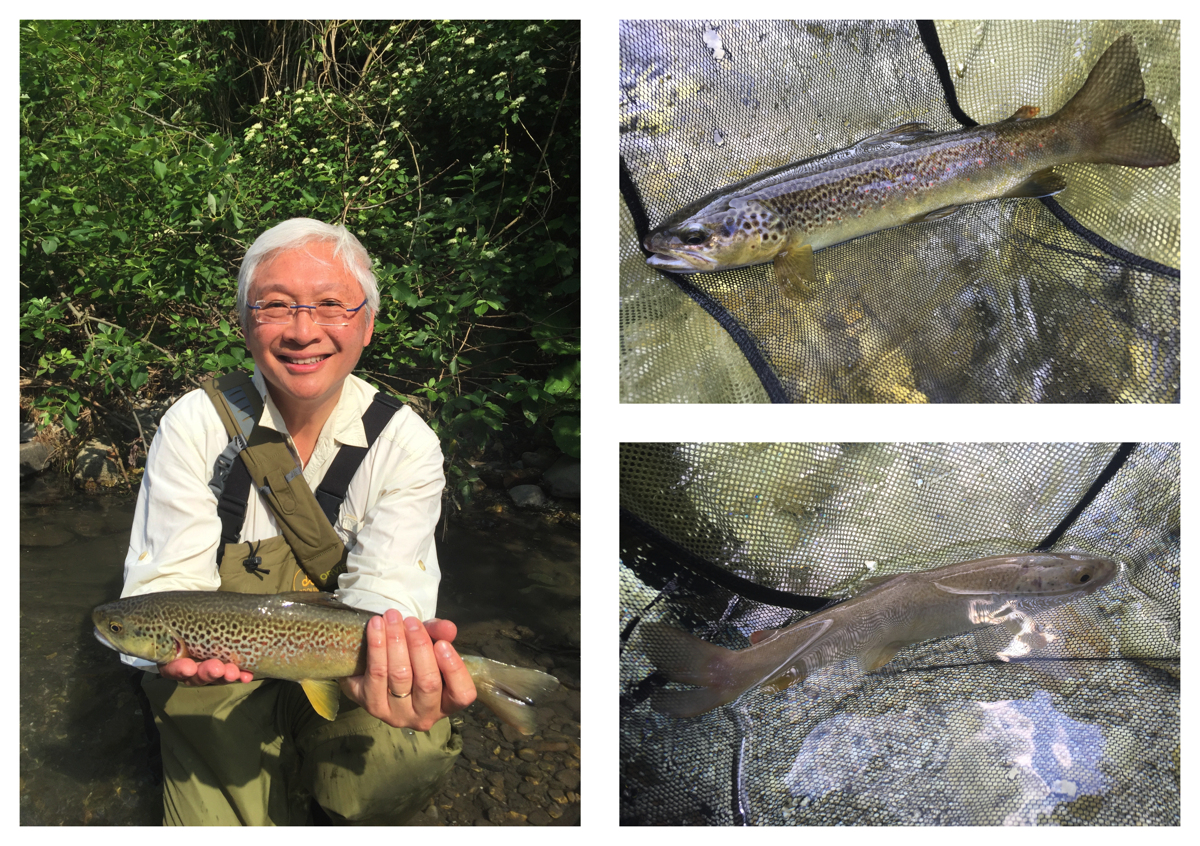 We fished quite different river terrains in each of our three days on the water — the wider middle Soča and lower Tolminska; the narrower fast running upper Soča and its little feeder creeks such as the Lepena; and the upper Idrijca and its tributaries. Every day between the two of us we landed and released 10 to 20 fin-perfect fish, mostly in the 30 to 50 cm range. We also saw many much bigger fish, some over a metre in length including a few big-ish marbles that we hooked and then frustratingly lost when they broke off … hence “losing your marbles”! Eventually, after Marie had sight casted to a nice-sized marble in a difficult lie for half an hour without success, we persuaded our guide to hook and land that fish before it got too dark — a beautiful specimen of between 2 to 3 kg in weight (see photo below bottom right). 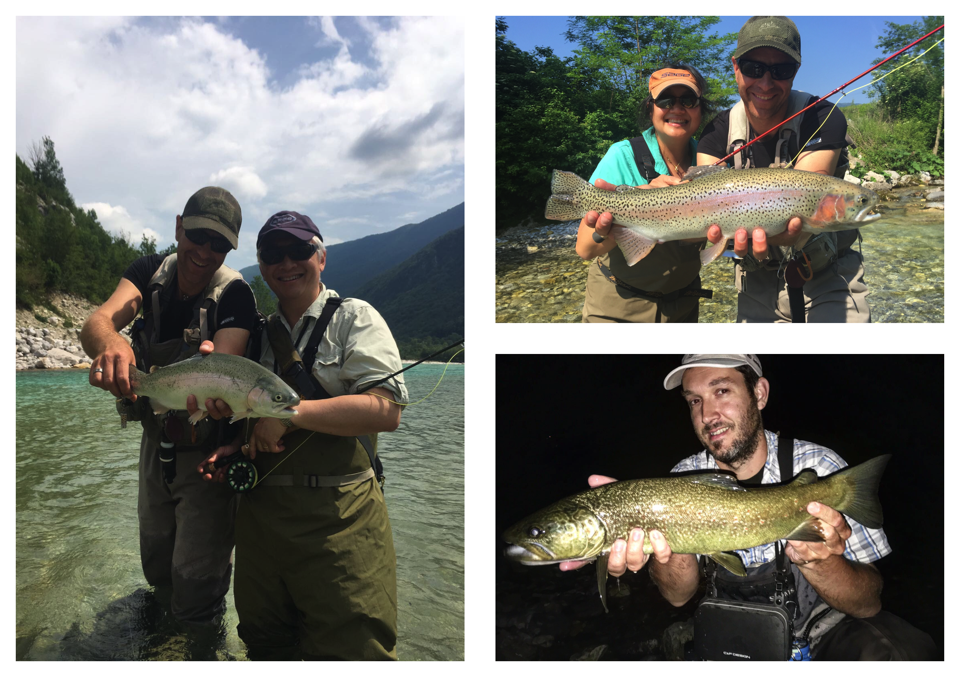 Nice fish including a biggish marble landed at dusk

The water was crystal clear pretty much everywhere we fished. Despite the warm late May temperatures in the mid-to-late twenties (Centigrade), the water was at least always 10 degrees or more colder — you need your waders! Scenary in the upper Soča was especially beautiful in the Triglav national park; whereas the middle Soča and the Idrijca flow through pretty farmland and agricultural communities.

Day tickets are available from Angling Club of Tolmin, the Fisheries Research Institute and the Idrija Fishing Association, ranging in prices from between €60 to €90 depending on areas fished. The regulations are broadly similar (single fly, single barbless hook) across the different zones but to note in particular, the Idrija Fishing Association does not allow strike indicators nor split shot on the leader, whereas the other two authorities are fine with this.

We fished on different days with Rok and Luka respectively of Lustik Fly Fishing, both of them excellent guides and good teachers.

When we went at the end of May, we fished 5-weight and 6-weight rods on floating lines with small dries and nymphs on 5X tippet in crystal clear water. Some anglers might also find it quite fun fishing with a 4-weight. Our one regret was we brought our rubber soled wading boots which are better suited to gravel beds in English chalk streams; the Soča and its tributaries are generally quite rocky rivers more suited to felt and/or studded wading boots.

As mentioned earlier, the most central location to stay in would be Kobarid or Tolmin (only 15 minutes apart by car) in the vicinity of which are several hotels and numerous self-catering apartments as this region has a lot of sports activities (hiking, rafting, kayaks, etc.) in the peak summer holiday months of July and August. We stayed in a lovely self-catering one-bedroom flat, Apartma Cuvee, owned by the sister of one of Marie’s wine industry friends.

All in all, we would recommend this trip to anyone who loves light tackle trout fly fishing!

This entry was posted in Fishing, Traveland tagged slovenia, trout. Bookmark the permalink.

← Tango and the Art of Wine Pairing

Grayling that dreams are made of by Nevill H Walker 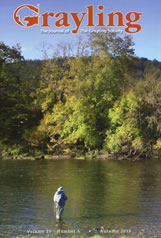